See our mods on SimpleMachines.org.

SimpleDesk provides a fully integrated ticket based help desk solution, with the capability to have the forum and have full ticket to topic and back functionality, or run in a standalone mode. SimpleDesk follows a rapid development cycle focusing on adding a few features at a time, and releasing often.

October 27, 2011, 08:03:24 PM by SleePyWith the loss of Gruffen, SimpleDesk development has stalled.  Today, I am moving into the developer position and will commit any free time I have left over from my other projects towards SimpleDesk.

SimpleDesk since before it first release, was decided to be BSD based.  Thi...
Read more on Lets Git going! | 1 comment

SimpleDesk 2.0 is fully compatible with SMF 2.0 final, and that is the only officially supported platform for its use...
Read more on SimpleDesk 2.0 Anatidae | 11 comments

How To: Git Submissions with SourceTree

December 13, 2015, 06:53:51 PM by SleePyHeres a quick tutorial on how to do Git Submissions with SourceTree.app
Our Git repository is at: https://github.com/simpledesk/simpledesk

After navigating there you will need to fork the repository to your own profile. 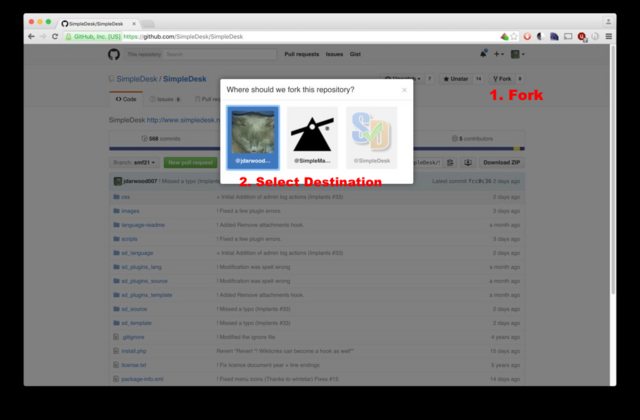 Copy the HTTPS or SSH address into your clipboard. 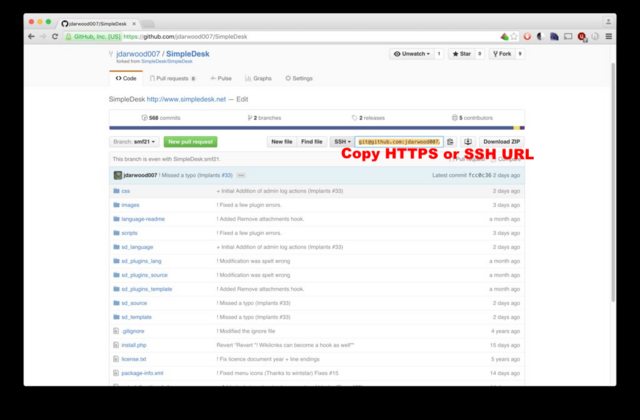 In SourceTree...
Read more on How To: Git Submissions with SourceTree | 1 comment

March 01, 2012, 06:37:38 PM by tfsI've been working towards figuring out how to export my data and capture the custom fields, as well as to be able to add up the total hours field for export, which is the field that I use the "Tally" plugin to add up.  Here's the SQL query that I've got so far.